During 2.5-hour drive from Jerusalem to the Dead Sea, I could upload many pictures to Gay Travel Advice social networks (Facebook, Twitter, Google+, Instagram and Pinterest) thanks to the free WIFI access available at the luxury bus that we were travelling with.

It was late at night when we arrived at the hotel, exhausted after a full day of emotions and walks in Jerusalem. But finally we arrived to the Dead Sea to recover before going to Tel Aviv.

Close to the area where we were staying at the Dead Sea, a Jewish settlement that in 72 BC all its inhabitants committed mass suicide and where many years later David Guetta made dance more than 25,000 people, Masada. 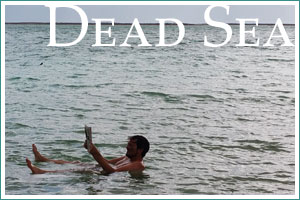