During two hours drive to the capital of Israel I rested before our first night in the city declared as the World\’s best gay destination, Tel Aviv.

I already knew about the fame of Tel Aviv as a Gay or LGBT-Friendly destination. In several publications had praised its atmosphere of freedom and respect for the LGBT community.

Tel Aviv is home of around 420,000 inhabitants, of whom more than half are under 35 years, making the city has a youthful, fresh, relaxed and stylish atmosphere.

And then the older sister, Old Jaffa. The first settlement was in here, but when Jaffa was growing, some people decided to move a few miles further north, Tel Aviv was established. Today, Jaffa is a paradise for artists.

Already installed in my room, I was packing in my backpack with my essentials to visit a city: Bottle of water (Hydratation), sunscreen (avoid burns), a citymap (not to get lost) and Shekels (cash for buying). I was ready to explore the city: 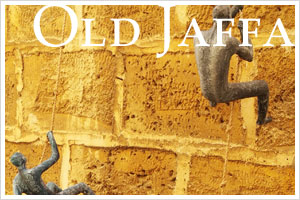 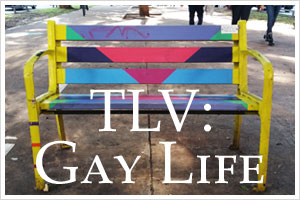